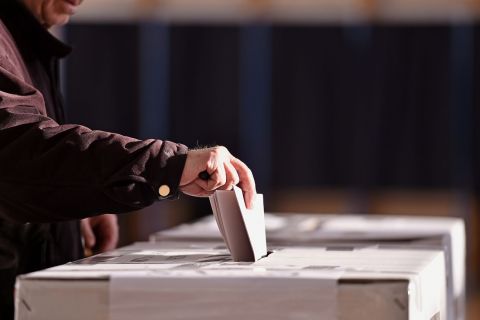 LANSING – Michiganders for Fair Lending – a ballot proposal to cap payday loan interest rates – does not have enough valid signatures to qualify for the November ballot, concluded a Michigan Office of Elections staff report.

Two separate constitutional amendments — one to make abortion legal and the other to require the state to provide nine days of early voting — have also submitted signatures and could appear on the November ballot.

Ballot measures to do everything from raising the minimum wage to tightening election rules have missed signature submission deadlines, in part due to a network of fraudulent signature collectors and concerns about forged signatures . The same scandal barred five Republican gubernatorial candidates from participating in the August primary ballot.

The campaign to cap annual interest rates on payday loans at 36% was the only state legislative initiative to submit signatures to the state by the June 1 deadline. Campaigns lobbying for state laws must collect at least 340,047 valid signatures under state law.

The staff report says Michiganders for Fair Lending filed 392,009 signatures, but the Bureau of Elections estimates only 274,668 are valid. The campaign originally announced that it had collected more than 405,000 signatures.

Election campaign spokesman Josh Hovey said the campaign disagreed with the bureau’s exact findings, but agrees that the number of invalid signatures will prevent the measure from passing.

“We continue to be concerned about the discrepancy in the total number of signatures and the lack of chain of custody on petitions when they are processed by the (Office of Elections),” Hovey said in a Tuesday text to Bridge. Michigan.

“These are serious issues that the department should investigate.”

The Bureau initially rejected more than 9,300 signatures based on technical errors, such as torn sheets, missing circulator information and unchecked boxes indicating whether the circulator was from out of state. or was paid, among other things.

Election staff then checked 522 randomly selected signatures – about 0.01% of the submission – to estimate the total number of invalid signatures the campaign collected. Of the 522, only 375 were deemed valid, which justified the office’s refusal to certify signatures for the ballot, the report said.

Safe Lending Michigan, a group opposed to the ballot initiative, argued that even more signatures should have been rejected due to potential fraudulent activity, but the bureau said all invalid signatures identified by staff had already been rejected. been thrown away.

Hovey said in a statement Tuesday that the campaign will urge voters to “hold local candidates accountable by urging them to support payday loan reform as part of their campaign platforms.”

“Despite this disappointment, the Fair Lending Coalition remains motivated and committed to payday loan reform,” he said.