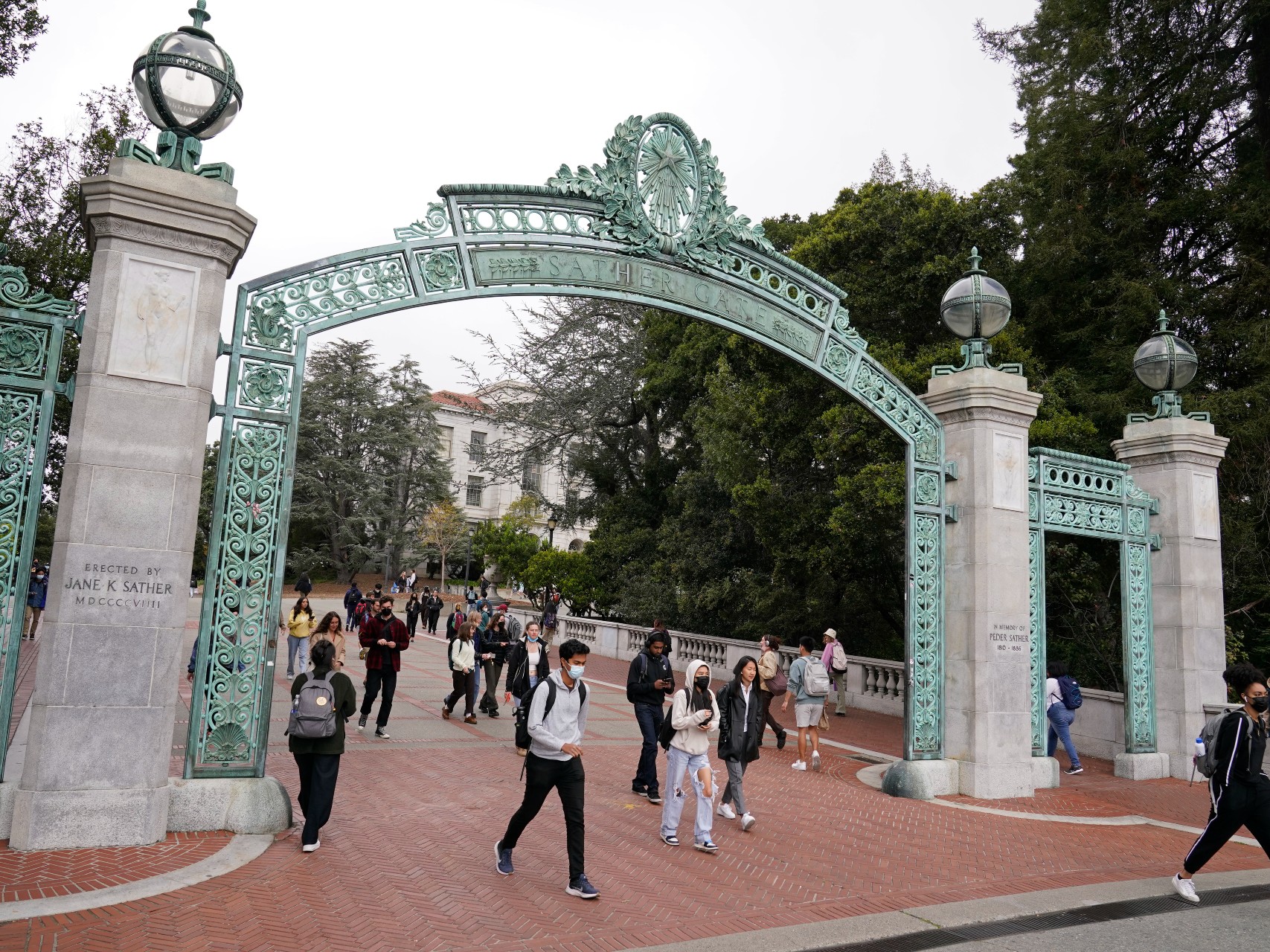 Federal student loan forgiveness could erase up to $20,000 in debt for many Californians

About 4 million Californians have some student loan debt, and many of them could get relief this winter thanks to a federal plan announced in mid-August.

Borrowers who have earned less than $125,000 (for individuals) or $250,000 (for couples) in either of the past two years are eligible for a forgiveness of up to $10,000, which can reach $20,000 if you were a Pell Grant recipient. When announcing the plan, President Joe Biden added that federal student loan debt repayment would continue to be suspended until the end of the year, with payments resuming in January 2023.

While the plan offers support for many Californians, it still has shortcomings — for example, only federal loans are eligible for forgiveness. Either way, students and advocates hope it will lead to more talk about reforming financial aid systems and increasing access to universities as costs continue to rise.

Even with financial assistance, families are still paying thousands of dollars for an education as the costs of housing, food and books continue to rise.

UC Berkeley senior Bailey Henderson has led the Double the Pell campaign through the UC Student Association for the past two years.

One of the reasons he wanted to look at financial aid reform, he said, is that California students often go into debt due to other costs besides tuition, which can be covered by fee waivers like the Blue and Gold Opportunity Plan for University of California students or the California College Promise Grant for community college students.

“When you live in one of the most expensive places in the United States, it becomes very difficult to get an education here and follow all the plans you have for yourself,” Henderson said.

According to data from the Public Policy Institute of California from 2018-19, scholarships and financial aid raise the average cost of attending California universities to around 20% of a family’s household income. But those costs may seem higher for lower-income students — for example, a CSU student whose family earns less than $30,000 would pay about $6,300, and the proportional cost of college versus other expenses can be prohibitive.

Additionally, Henderson noted that this doesn’t always reflect the reality of parental contributions. While his parents are spending money on his education, he has taken out at least $20,000 in private loans, which are not canceled under the new plan.

Jacob Johnson, a PPIC researcher who works on analyzing higher education data, said that instead of trying to work to cover the difference in cost, many Californians are going into debt.

“On average, fewer students [in California] are indebted compared to other states, and the debt amounts are lower,” he said. “But that debt can still be problematic for students to repay, especially students who didn’t graduate or are taking longer to graduate.”

Henderson said he was concerned about the cohort tuition model adopted at UC schools last year, which makes each incoming class of freshmen and transfer students pay more.

“Cancelling student loans will lift the spirits of communities that are currently hurting,” he said. “But it will be all other students who will have to deal with this affordability crisis in the future, unless we do something about it.”

Only 54% of Californians in 2019 completed the Federal Application for Student Aid, or FAFSA, through which Pell and Cal grants are awarded. The application also qualifies a student for federal loans and grants.

“The way you’re asking for federal aid has long been criticized,” PPIC’s Johnson said. “You’ll have to get your parents’ tax information, fill out these things online, sometimes they’ll ask you to verify things. This can be problematic for 18-year-olds entering college who don’t know much about applying for financial aid or their parents’ taxes.

Marlene Garcia, executive director of the California Student Aid Commission, added that other barriers to completing the FAFSA include lack of knowledge about its existence, apathy about going to college, and mistrust in sharing income information.

Beginning in the 2022-23 school year, all high school students in California are required to complete the FAFSA — or, if undocumented, the California Dream Act Application — to graduate unless they complete a waiver.

Accordingly, from October 1, when the FAFSA opens, the CSAC will launch a campaign to convince people to apply for the FAFSA.

One of the biggest challenges for the commission is getting the message across that grants — like the Pell or the Cal Grant — are free money for students, Garcia said.

“A grant is not a loan,” she said. “It’s money that the federal or state government invests in you. It’s real money that you don’t have to pay back.

Eloy Ortiz Oakley, the former chancellor of the California community college system, noted that while these “initial solutions” are important in helping parents and students understand how to navigate higher education, he would like to see more about the back end. with institutions facilitating the financing of an education.

The underlying problem is that the cost of education has gotten out of control.

The underlying problem is that the cost of education has gotten out of hand.

“If a student shows a college or university that they have a low income, that they are basically poor, they shouldn’t have to prove they’re poor every time they go to another office. for help,” he said.

Yet while Oakley has acknowledged there is more to be done and the debt cancellation plan isn’t perfect, it sends “the right message that we need to reset the system”.

“We can’t just stop with debt cancellation,” he said. “The underlying problem is that the cost of education has gotten out of hand. We are making money available to students who are going deeper and deeper into debt to help them pay for those studies that don’t always translate into better jobs or a better economic future. We have to solve this part.

Even if you do not meet the income threshold for loan forgiveness under the new plan, borrowers employed by nonprofit organizations, the military, or federal, state, tribal, or local government may be eligible to have all of their student loans forgiven through Civil Service Loan Forgiveness. program. You can check eligibility at PSLF.gov. The deadline to apply is October 31.

To find out if your loans are federal or private, you can call 1-800-4-FED-AID or visit studentaid.gov.

If you qualify for loan forgiveness under the recently announced plan, you will need to verify your income information with the federal government, and the application to do so will open in early October. To be notified when the application opens, you can sign up for U.S. Department of Education emails (click “NEW!! Federal Student Loan Borrower Updates”).


CapRadio provides a reliable source of news thanks to you. As a nonprofit, donations from people like you support journalism that helps us uncover stories that matter to our audiences. If you believe in what we do and support our mission, please donate today.