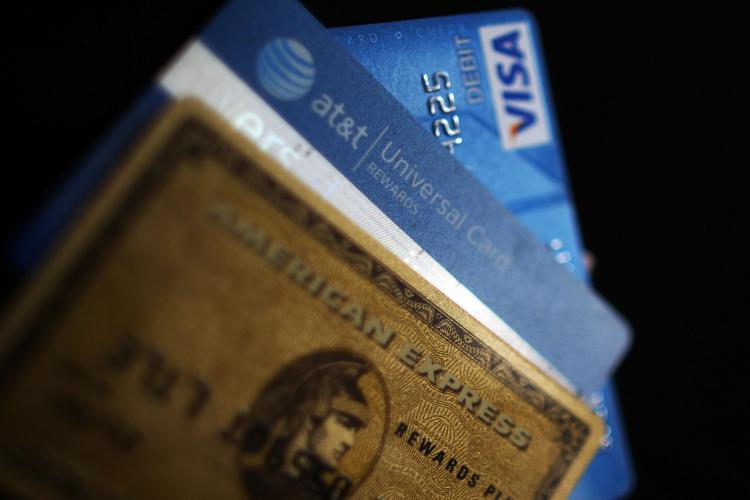 As consumers grapple with soaring inflation and rising interest rates, more Americans are taking on additional debt to ease household financial pressures, according to a new report.

According to TransUnion’s Third Quarter 2022 Credit Industry Quarterly Report (CIIR), credit card balances increased 19% year-over-year in the third quarter, to a record high of 866 billions of dollars. Growth was strongly driven by Gen Z and millennial borrowers, with balances increasing by 72% and 32%, respectively.

“In this inflationary environment, consumers are increasingly turning to credit, as evidenced by the record total bank card balances this quarter,” said Paul Siegfried, senior vice president and head of credit card business. at TransUnion, in a press release. “This is especially true among the subprime segment of consumers. Delinquencies are increasing, which is to be expected given the increase in the number of consumers having access to credit, often for the first time.

Meanwhile, more and more homeowners are borrowing against their residential properties. Data from TransUnion revealed that the number of home equity lines of credit grew at an annualized rate of 47%, to more than 409,000, and home equity loans increased by 42%, to 296,723. .

“Delinquencies are on the rise, particularly among subprime consumers, a trend that is expected to continue in the immediate near term,” Merchant said. “However, the overall delinquency rate remains relatively in line with historical norms.”

Additionally, average monthly payments for new and used vehicles increased to $679 and $517, respectively. Additionally, the average balance rose nearly 14% to $29,169, and the average debt per account jumped 9% to $18,405.

It comes after the Federal Reserve and credit bureau Equifax reported that total consumer credit advanced $25 billion in September, resulting in a seasonally adjusted annual rate of 6.4%. In August, consumer credit growth was $30.2 billion and the annualized pace was 7.8%. Revolving credit, such as credit cards, climbed 8.7% from 18.1% in August.

According to the Federal Reserve Bank of New York’s Liberty Street Economics blog, the most notable concern is an end to historically low delinquency rates.

“With pandemic support policies mostly in the past, there are pockets of borrowers who are starting to show some distress on their debt. Increases in transition to delinquency rates are visible across the board,” economists Andrew Haughwout, Donghoon Lee, Daniel Mangrum, Joelle Scally and Wilbert van der Klaauw wrote in the blog post in August.

“When we break it down by neighborhood income using borrowers’ zip codes, we see that delinquency transition rates for credit cards and car loans increase, especially in low-income areas. These rates appear to be picking up on an upward trend in delinquencies among subprime borrowers that we began to see in 2019 in auto loans, where subprime borrowers retain a sizable share of outstanding balances.

But it’s not all bad news in the US economy regarding private debt trends. Data from CoreLogic found that 2.8% of all US mortgages were in some stage of delinquency in August, up from 4% a year ago. This is the lowest level since before the coronavirus pandemic.

“The share of U.S. borrowers who are six months or more behind on their mortgage payments fell to a two-year low in August and was less than a third of the pandemic peak in February 2021,” said economist Molly Boesel. principal at CoreLogic, in a press release. “Furthermore, the foreclosure rate remained near an all-time low, indicating that borrowers emerging from late-stage delinquencies have found alternatives to defaulting on their mortgages.”

Americans struggling with the cost of living

A recent report by the Lending Club found that 63% of Americans were living paycheck to paycheck in September, slightly below the record high of 64% in March.

Many households struggle to keep up with the cost of living in the United States. In September, the annual inflation rate was 8.2%, while the average real hourly wage (adjusted for inflation) was negative 3%, according to the Bureau of Labor Statistics (BLS). This is in addition to higher interest rates throughout the credit market.

So is this the pain that Fed Chairman Jerome Powell warned of last summer?

Andrew Moran has been writing about business, economics and finance for over a decade. He is the author of “The War on Cash”.